On the occasion of the dates related to the ancient rites of the Roman Ludi of Ceres (12-19 April), some events will be held in Rome in anticipation of “Cerealia. The Fest of Cereals. Ceres and the Mediterranean “, the cultural festival dedicated to the world of cerealS promoted by M.Th.I., Archeoclub of Rome and Ariccia, Nur Editions. Waiting for Cerealia provides scheduled dinners with themed menus and entertainment, guided tours, beer tasting. It starts April 12 with “Dinner with Apicius,” a menu with Roman performance at the restaurant Luce44; April 14 and 15 follows “bread and circuses“, an archaeological tour by Archeoclub of Rome between the Colosseum Valley , Capitol Hill, the Aventine and the Circus Maximus; April 18 beer tasting at the literary cafe Aquisgrana, and finally April 19 at the restaurant Osteria Le Commari ”Alla Romana”, an evening dedicated to the traditional Roman cuisine with a reading of some recipes in verse of Aldo Fabrizi. Menus of the dinners are strictly Km 0, in line with the sustainable design of Cerealia.

The second edition of the Festival, which sees the auspices of the Culture and Tourism Departments of Lazio Region, the Culture Dep. of the Province of Rome and the Cultural Dep. of Rome Municipality, will have however, like last year, as the fulcrum of activities dates tied to the rites of Vesta (6-7-8-9-10 June 2012.) Culture, environment, territory, society, economy, nutrition, are the issues addressed by the Festival, through activities such as panel discussions, performances, food tasting, gastronomic tours, guided tours, exhibitions, workshops, etc. .. Cerealia is an international event with a special focus on the Mediterranean, in fact, in order to enhance cultural exchanges, each year the festival is dedicated to a different country: in 2012 the country of the Mediterranean is TURKEY. 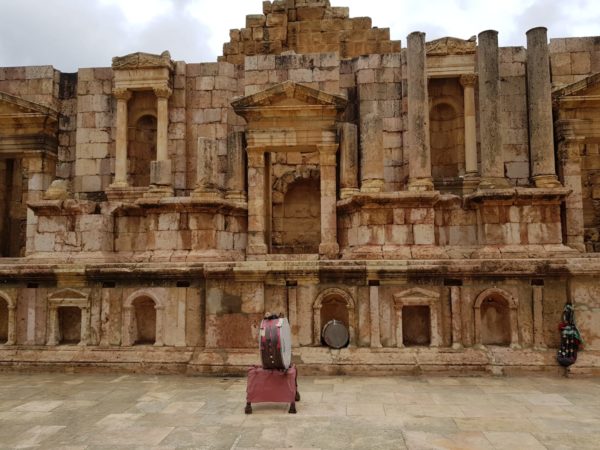